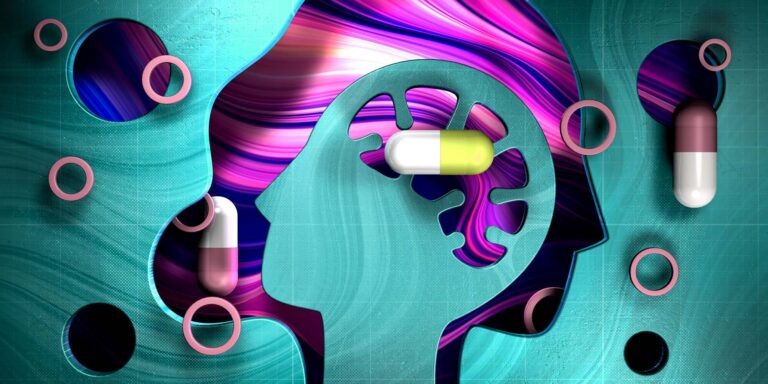 We live in a time that presents us with various challenges. Many of us fail to cope with these challenges – and today, there is a wide range of depressive states that many people face. A significant number of patients also suffer from treatment-resistant depression (TRD) – which means that they do not respond positively to most of the available medications used in treatment. Then, we have to approach some of the alternative methods of treatment -such as SSRIs. Therefore, the question arises can L-Methylfolate be used for SSRI resistance?

Do You Keep Your Depression Under Control?

If you have been suffering from depression and have been taking prescribed therapy for some time – you have probably felt at least some changes. If there are no significant changes, or your therapy does not work as it should – this probably means that something needs to be changed. Unfortunately, the treatment for depressive conditions is often very individual – so sometimes it won’t work as we expected. Moreover, a certain number of patients are even treated for years – but without achieving a significant relief of symptoms. However, we are not here to discourage you, on the contrary. Experts believe that you should not give up your depression treatment. In most cases, depression can be put under control, but in exceptional cases, such as treatment-resistant depression – other forms of treatment may be used. One such way is to use SSRIs.

In persistent depression, SSRIs are most commonly used in therapy. And what are they really? These most commonly prescribed medications for depression are actually serotonin reuptake inhibitors. They are considered to have fewer side effects compared to other medications for depression. Also, they are considered to be medications that can help us alleviate depression conditions – which can range from moderate to more severe ones. If you suffer from persistent depression and do not always have the desired results in therapy – this can sometimes mean that with SSRIs, you may need something else to make such a combined treatment strategy more successful. One such thing is the combined use of L-Methylfolate.

The Role Of L-Methylfolate In The Treatment Of Depression

You have probably heard of folic acid and know its benefits. However, we do not need to identify it with folate. Folates are water-soluble B-complex vitamins. These essential nutrients have a beneficial effect on human health – playing a key role in metabolic processes, preventing skeletal deformities, and promoting brain development. Folate deficiency is considered one of the key factors in the development of diseases such as depression – but also the reason for poor responses to the treatment of depressive conditions. According to methyllifepro.com, L-Methylfolate is usually prescribed as an adjunct to the treatment of these conditions. The results achieved by the combination of SSRI medications and L-Methylfolate have so far shown excellent parameters in the treatment of a wide range of depressive conditions.

L-Methylfolate Is The Best Ally When Fighting Depression

L-Methylfolate is a form of folate, or vitamin B9, that helps in breaking down the amino acid called homocysteine. Increased levels of homocysteine have been linked to depression – but also other diseases such as cardiovascular and heart problems, stroke, depression dementia, and other mental illnesses. The deficiency in folates has been linked to depression in many health studies. Therefore, its use as a supplement in the treatment of depression is not surprising. What L-Methylfolate does is better permeability of nutrients to the brain – and thus we achieve better production of neurotransmitters such as serotonin, which is the backbone in the treatment of depressive conditions. SSRI medications will increase serotonin levels, but L-Methylfolate is important because of neuronal permeability. However, we must emphasize that L-Methylfolate is not a medication itself – but it is a good ally in the fight against depression. Therefore, its use in combination with SSRIs is very often prescribed.

Finally, we can say that L-Methylfolate has a good effect in treating depression. Of course, folate and folic acid can be used in the prevention of certain diseases – but when depression already occurs –  then we follow the doctor’s instructions. In this sense, L-Methylfolate should not be understood as a medicine, but only as a supplement – because numerous studies have shown that it can stimulate the action of SSRI antidepressants.