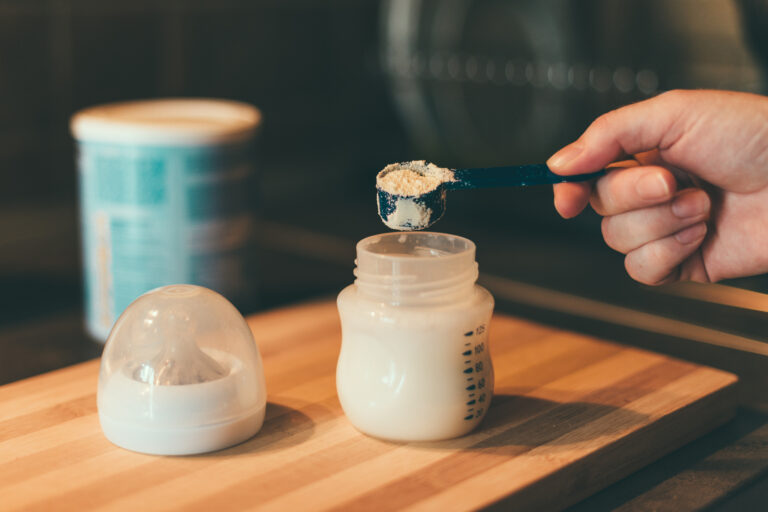 Being a parent is said to be the best job in the world. It is certainly one of the most responsible roles a person can have, and it definitely gets as tough as a full-time job. The question of whether or not it is the best remains to be decided for each individual parent though. As much as it is rewarding and exciting to raise a child, it comes with numerous challenges, problems, and worries. This starts from the moment they are born and lasts well into their formative years. The role of a parent should never stop. Even when they have children of their own, you should be there for them, give them advice, and treat them as before. Perhaps with a little less baby talk as they start growing up. Joking aside, parenting is a lifelong commitment and it is something that needs to be known and understood.

Speaking of challenges coming about as soon as a child is born, there are already numerous things in existence that are developed and made to help the parents do their job better, easier, and more efficient. What this means is that it is actually much easier and straightforward to have a baby and raise it into toddler and childhood years than ever before. However, as far as technology and medicine have improved and as much as the conditions to have kids are better, there are modern problems as well. For example, it was recently discovered that crucial products for babies like formula and other food contain some rather worrying ingredients, none other than heavy metals. Is this true, and if so, what does it mean for the industry?

In the article ahead we explore the baby food industry, more specifically baby formula, and talk about the discoveries of heavy metals in them. Is it dangerous for our little ones and how much exactly? Should parents stop buying formula and is there an alternative? Keep reading to find out all of this and more. It is a crucial topic and perhaps something that can change how we look on these products. If you are a parent of a newborn, you will definitely want to know if there is really a product that can be described as baby food without heavy metals.

It was only recently that things became alarming on the baby food market. On February 4, 2023, the US House of Representative’s Staff Committee reported that practically all baby food contains extremely high levels of heavy metals. Not only that, but the four confirmed metals are also potentially toxic. This is a devastating find when we stop to think how many parents purchase these products for their little ones. The problem gets worse because formula is only one of the foods that was confirmed to have heavy metals. Cereal, purees, teething snacks, and juices have all been tested and traces of heavy metals have been found in all of them. The metals in question are some of the most dangerous that we can consume and include cadmium, mercury, arsenic, and lead. The sheer thought of babies digesting something that contains high amounts of lead and arsenic is incredibly worrying.

Why are They Bad?

All of these toxins are very detrimental to the babies’ development and growth because they are able to lower IQ levels, as well as negatively impact the development of the brain. Slowing down cognitive functions and delaying their proper growth and development is a serious concern with consumption of anything that contains even one of these heavy metals, let alone the four that have been confirmed. There is also suspicion that other similarly toxic metals are also present in formulas and other baby food. This study has been carried out by a nonprofit organization by the name of Healthy Babies Bright Futures. They concluded that foods based on rice make up 20% of over 11 million IQ points children lose within the first two years of their birth. It appears that rice foods contain the highest levels of heavy metals, well over the adopted industry standards. If you have a baby, consider switching to an alternative and stop buying rice-based cereals and teething snacks for a while.

Furthermore, it seems that cadmium and lead are the most prominent metals found in baby formula, with the other two appearing in smaller concentrations. Still, it is more than enough reason for worry because there should be way less of it inside, an amount that cannot damage anything in the precious and fragile body of a newborn. During the research, every baby formula the team tested contained enough heavy metals to be detectable. At least six brands had lower levels, five of which are organic brands. What this shows is that there are still manufacturers who deeply care about their ingredients as well as their customers. The five organic brands you can trust are Kendamil, HiPP, Loulouka, Bobbie, and Holle.

Since then, for the past few weeks, The Food and Drug Administration (FDA) of USA has been working tirelessly to shed more light on this latest development. They are using a risk-based approach, prioritizing and targeting anything that may help them resolve the matter. The scientists they employ are closely monitoring the levels of the aforementioned toxic elements, as well as other potential culprits, in order to further confirm the reports made by the research. Their plan involves proposing a strict limit on arsenic, lead, cadmium, and mercury in all baby food until there is zero toxic ingredients in the food babies are being fed. FDA understands that all of these elements occur naturally and that they are not dangerous in small doses, but the food people eat should not contain such noticeable levels of heavy metals. Their goal is to implement these regulations by April of 2024.

Sadly, problems like this one have happened before, as recently as 2017. Another nonprofit organization, Clean Label Project, found that arsenic, lead, and mercury were present in large amounts in baby foods and formulas. Then, in 2019, Healthy Babies Bright Futures confirmed their discoveries. As you can see, the organization has a good track record of finding heavy metals in formula and their results should not be overlooked. Toxic ingredients have no place in the food infants eat.