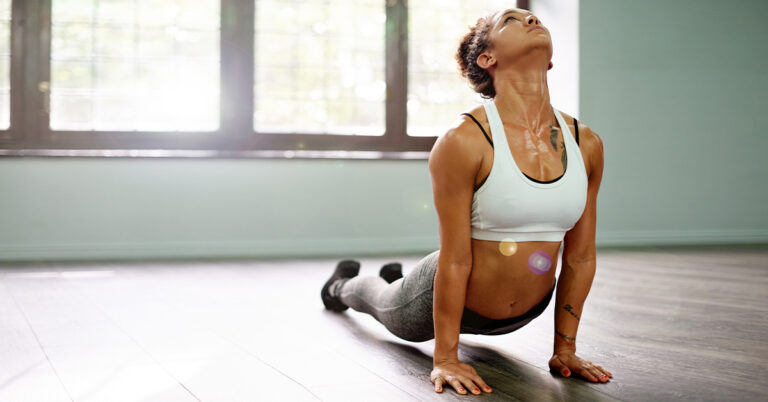 The different types of yoga has mystified many people. They tend to think that all yoga is the same and that it just depends on how the person practises. However, there are many types of yoga and it is very important to know what type of yoga you should do. You don’t want to do your asanas the wrong way and end up injuring yourself. The 4 types of hot yoga are as follows:

Yoga is a popular fitness practice that incorporates a series of postures, stretches and breathing exercises. It is considered to be a holistic system for overall health and well-being and is known to help with improving health conditions like stress, pain, anxiety and depression. Yoga has been practiced for thousands of years and has evolved to suit the needs of people no matter where they live.

Yoga has been practiced for thousands of years, and has been shown to be incredibly beneficial for both physical and mental health. For example, when we do yoga, our brain produces a “feel good” chemical called serotonin. It also stimulates the production of endorphins, which makes us physically and mentally happy. Yoga also increases our flexibility and strength. It is a form of exercise that is done by standing on our hands with our feet together in a stretch position. This form of exercise helps us get rid of any kind of stress or tension.

There are so many different hot yoga types to select from these days, and as an athlete wanting to include yoga into your exercise regimen, finding the perfect match for you may be a difficult job. Because yoga is such a personal practice, it’s difficult to claim there’s one perfect way to do it for everyone, so let me walk you through the different kinds of Hot Yoga available. Hopefully, this will make your search for the perfect match for your lifestyle a little easier.

Bikram Yoga is a kind of yoga that is practiced in

In the 1970s, Bikram Choudhury created the Bikram style of yoga and established Bikram’s Yoga College of India. Choudhury put together and patented a 26-pose sequence that he thought would cure the mind and body when he created Bikram Yoga. Bikram yoga practitioners work out in a hot studio set at 105 degrees, which is said to help students get greater flexibility, sweat off impurities, and get a cardiovascular workout. Bikram Yoga classes, unlike most other types of Yoga, have a military feel to them and endure 90 minutes. Bikram Yoga is probably not for you if you are hoping for a Zen-like atmosphere.

Baptiste Power Vinyasa Yoga, commonly known as Baptiste Yoga or Baptiste Power Yoga, is a hot yoga variant created by Baron Baptiste. Baptiste yoga, unlike Bikram yoga, is a hybrid of many systems, including Bikram, Iyengar, and Ashtanga. Every lesson will be different depending on the teacher who is conducting it, and students are also encouraged to practice according to their own preferences. The bulk of Baptiste studios are located in Massachusetts, and the room temperature for Baptiste’s yoga sessions is usually set around 90 degrees. Baptiste Yoga may be a good choice for you if you want a bit more variation and a little more of a Yogi feel.

Ted Grand created the Moksha style of hot yoga, which follows a set sequence for each class but does not require teachers to perform the same postures. Moksha sessions are 90 minutes long and begin with a relaxation posture to let the mind rest before practicing. Instructors are encouraged to create courses that build strength and flexibility throughout the body for Moksha students. Although there are numerous differences amongst Moksha yoga studios, they all concentrate on utilizing green and eco-friendly construction materials, which is a great bonus for those who are concerned about the environment. If you’re searching for a yoga practice that you can look forward to each time you go to class while simultaneously achieving a feeling of conscious centering and relaxation, Moksha may be the place for you.

Yoga with a lot of heat

Hot power yoga is a catch-all phrase for a kind of yoga practice with little restrictions. Hot yoga has its origins in the Ashtanga yoga tradition, but like other fundamental yoga courses, “hot power yoga” does not necessarily refer to a specific style or school of yoga. Hot power yoga is a wide term that refers to courses that follow certain similar concepts, such as moving from position to posture in a Vinyasa flow and heating the room to between 85 and 100 degrees. Hot Power Yoga courses are often available at local yoga studios and gyms. Hot Power Yoga may be a good choice for someone who doesn’t want to practice the same sequence of postures over and over and wants a change in temperature.

When doing any kind of Hot Yoga, one thing is certain: you will sweat profusely! As a result, it’s critical to stay hydrated before, during, and after your Hot Yoga session. While the heat and sweating in a Hot Yoga session may help you lose weight, improve muscular flexibility, and endurance, it can also dehydrate you.

What type of yoga is hot yoga?

Hot yoga is a type of yoga that is done in a heated room.

What are 4 yoga styles?

Which hot yoga is best for beginners?

Hot yoga is a type of exercise that involves the use of heated rooms. It can be done in a variety of places, but it is most often done in a studio or gym.