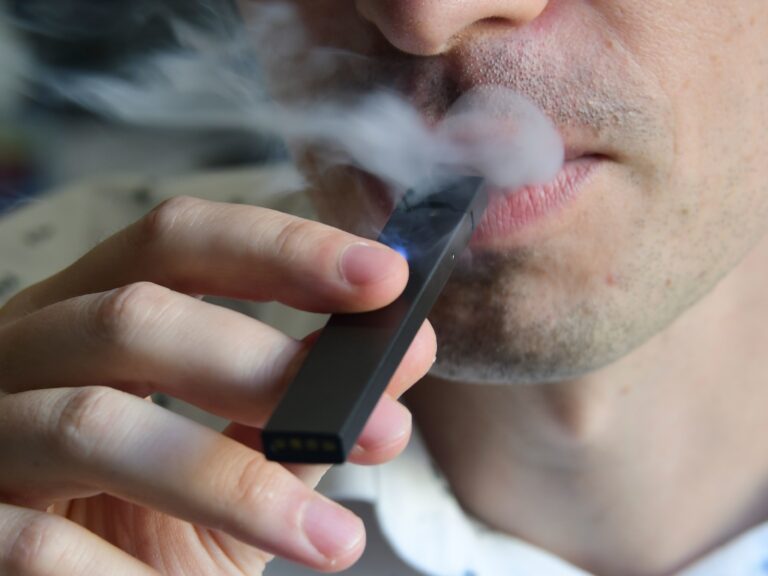 Vaping is often used as a substitute for smoking cigarettes. Most smokers always knew what was their amount for the day. For most men and women it packed a  day or twenty cigarettes. It’s what they always say at least. Some of them smoked more, others less. With the advancement of tech and new ways to satisfy the craving for nicotine or cigarettes, or simply to have something in your mouth and hands, people slowly moved on to vaping. While this has many benefits, it also brought a few issues along the way.

The worst situation is facing those who now have this activity for fun or pastime as opposed to those who use it as a  replacement for cigarettes. But, all of them have one question that troubles their minds. It is always how many puffs a day is normal for vaping? This is a fair question, and not one anyone could determine on their own only thinking about it. Electronic cigarettes are a great alternative to orthodox smoking, being similar in many ways, especially in the way we inhale the burning substance. Because of this, it’s no wonder that the question of the health effects of vaping came to the surface. So, what is considered normal in this domain?

Daily Puffin And How Much is Enough

Unfortunately, there is no direct answer to this question. It is not a yes or no situation. It’s a bit more complex than that. There is not a normal amount of puffs you should inhale or something that it’s considered average, below average, or above average. It all comes down to your personal choice and preference. All of this should be influenced by your lifestyle, biological inheritance, and the equipment and products you are using. The latter plays a great role in this department so choosing partners such as Vaposhop is vital for your well-being and the quality of your lifestyle.

Your needs should be a priority. But, don’t be led by cravings. Needing nicotine is one thing. It’s is wholly another to be addicted to it and be vaping non-stop. Have a measure, and don’t go overboard. As there’s no science behind what you should intake per day, just take as much as you need to feel good about that one habit. Also, it comes down to the reason behind why you’re vaping. If it is to quit smoking be sure to lower your nicotine intake with each take periodically to make sure that you get rid of the habit once for all. If smoking was your bad habit, vaping won’t make things any better, as you could be doing too many puffs and the habit of smoking will never go away.

With the culture we have today, people who have quit smoking are now in the purgatory of trying to quit vaping. Using it to quit cigarettes is great, but if you’re not careful about the new habit it can take you down the same alley. What’s even worse, vaping could have some undesired long-term health effects. Below we’ll have some of them listed to have you warned.

The Side Effects of Vaping

Like we said, the amount of puffs a day is not something anyone can determine through math. You are the one who needs to take good care of yourself and put control over this habit or released it down the drain altogether. One thing is for sure, don’t you ever go overboard Frodo Baggins. There’s always time and space for a LOTR reference. Now that we have issues of the Shire behind us, let’s see the bad effects of puffing.

First, let’s get this one thing straight. Vaping is better than smoking. Now that’s is behind us, let’s say that if you’re doing it too much it’s no good. If you’re going overboard you are putting yourself a risk of heart attack or any other cardiovascular condition. If you’re puffing every day, in uncontrolled am outs your body will not react well to it. With time it will accumulate some bad chemicals on the inside and your health will suffer as a consequence.

In addition to ruining your physical health, too many puffs can have an adverse effect on your brain. Mental health is essential for every individual. If you’re going overboard, it is a clear signal that something is not right. It could be that you’re already suffering from some mental conditions such as loneliness, anxiety, or even depression. In other cases, you might as well be on the way to developing anxiety if you’re overusing this product and develop an unhealthy habit and needs to puff all the time. Counting time from puff to puff is never a good sign. If you notice that you’re doing this, it would be wise to seek medical help. Just look at the Cigarette Smoking Man from the X-Files.

You can already see a pattern here. Too many puffs can have the same effect as smoking cigarettes. In the end, they give the same results if you’re going to substitute one with another. It’s fine to use vaping as a bridge for quitting smoking. But if you get addicted to the latter things won’t get any better health-wise. Yes, there are no same effects as when you’re using cigarette smoke and inhaling it to your lungs. But, while smoking is more harmful, vaping will also take a toll on your lungs if you continue doing it for excessive periods. If you rely on puffing to crave your need for cigarettes you are in danger of developing asthma, lowering your lungs capacity, and developing conditions such as lung cancer.

The situation can get even direr if you use too many flavored liquids. If they have buttery properties there’s a chance they’ll get stuck to your lungs and in the long run, you’ll develop what’s called popcorn lungs. This condition is irreversible and it will give you constant shortness of breath in addition to coughing.