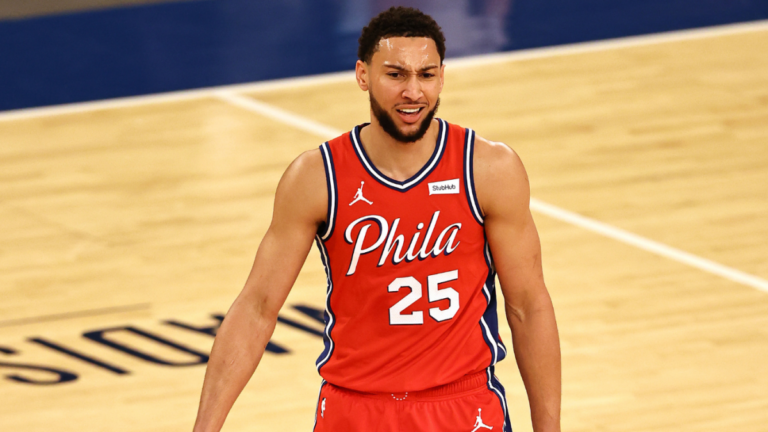 The 76ers prospects of competing for a championship this season have taken a huge dent after it was confirmed that Ben Simmons will not report for training camp next week and is set on finding a way out of Philadelphia.

The All-Star point guard is hell bent on securing a trade and has reportedly named California as his preferred destination, though he could have little say in the matter with four years left on his contract. He is owed more than $146m over the course of those four years and it is an amount that many would baulk at given his lack of offensive production over the course of the Playoffs.

It has created one of the most compelling situations in the NBA at this moment in time as the previous year’s top seed in the Eastern Conference look to get back a sufficient return for the 3x All-Star and 2x All-Defensive First Team player.

Simmons’ open declaration that he will not report to training camp evaporates an enormous chunk of any leverage that the Sixers front office has in negotiations, though the length of his contract gives them some hope.

Teams to have reportedly shown interest in trading for Simmons are the Minnesota Timberwolves and the Sacramento Kings, though General Manager Daryl Morey has proven to be a tough negotiator over the years. Despite the talk from the player’s camp, he has shown no signs of budging from a high asking price for the former number one overall pick.

The Sixers were hoping to use the Australian as the main piece of a trade for either one of the potentially disgruntled All-Star guards Damian Lillard or Bradley Beal, though both have now committed to their respective teams for the upcoming season. They could call Simmons’ bluff by holding out and waiting for the next star to become available, but it could only further damage his trade value.

As such, it seems the heavily debated Simmons-Joel Embiid experiment has now firmly come to an end and it will be fascinating to see how the two players develop playing on different teams. The Sixers have wasted little time in showing who they are planning to build the franchise around after tying Embiid up to a four-year, $196 million supermax contract extension during the offseason.

Other moves included re-signing Danny Green and drafting Jaden Springer, while they have also added Andre Drummond and Georges Niang to their roster in free agency. With the ending to the Simmons saga still up in the air, the Sixers have now been placed as the joint-ninth favourite alongside the Miami Heat to win the NBA Championship this year.

If you are interested in betting on the NBA then be sure to head over to Max Free Bets. They will provide you with a huge selection of new customer free bets, existing customer offers and competitions across their site. You will always get the best value when betting online at Max Free Bets.

Here, we will be taking a look at the 76ers odds to win the NBA Championship, Eastern Conference and Atlantic Division after Simmons confirmed his intention to not play another NBA game for the franchise. 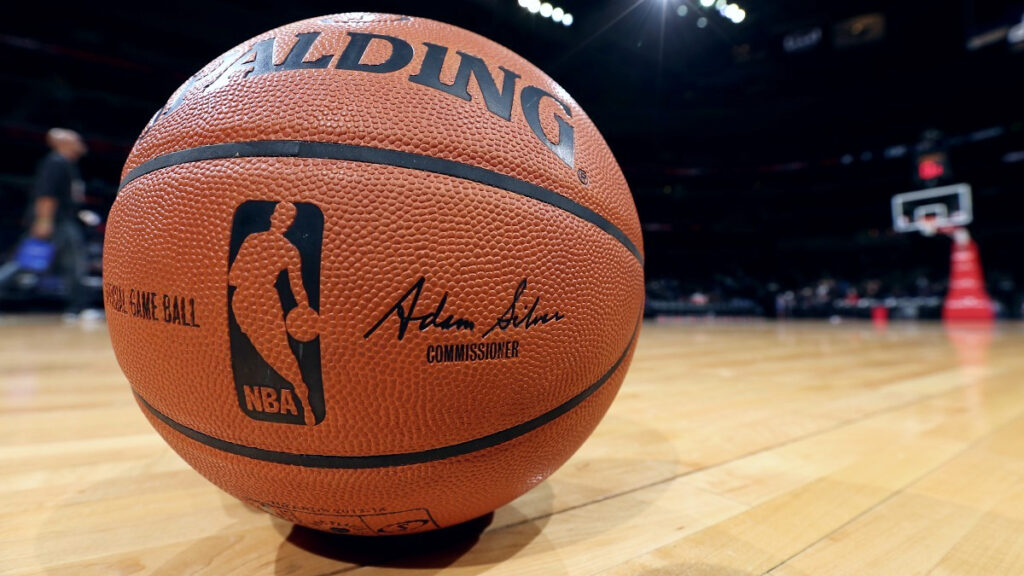 The 76ers are matched up in the Atlantic Division alongside the Brooklyn Nets, Boston Celtics, New York Knicks and Toronto Raptors, which is arguably the strongest division top to bottom in the NBA. Unsurprisingly the Brooklyn Nets are overwhelming favourites to win the division at 1/3, but the Sixers are second at 15/4. Behind them are the Celtics at 10/1, the Knicks at 25/1 and the Raptors at 40/1, with it being a very talented division overall.

The Sixers won the Atlantic Division last season but for them to have any hope of topping the Nets in the regular season you would imagine that Brooklyn’s big three would have to suffer from injury issues once again. Kevin Durant, James Harden and Kyrie Irving all missed chunks of last season with injury and as things currently stand on paper, even with Simmons, they have by far the most talented roster in the Atlantic Division.

Doc Rivers’ team were eliminated in the second round of the Playoffs last season by the Atlanta Hawks despite home court advantage and it’s fair to say Simmons’ lack of production that played a huge part in their defeat. The Miami Heat, Boston Celtics and Atlanta Hawks all trail the Sixers in the betting ranks but that could all quickly change if the Simmons trade sees Philadelphia get back 50 cents on the dollar.

If you fancy the Sixers to get through all of the challenges of the Eastern Conference and into the NBA Finals then you can get a big price of 20/1 for them to do so. As we have previously mentioned, they are joint-ninth favourites with the Miami Heat behind the Brooklyn Nets, Los Angeles Lakers, Milwaukee Bucks, Golden State Warriors, LA Clippers, Utah Jazz and Phoenix Suns.

The franchise hasn’t been to the NBA Finals in 20 years, with their last trip being with the famous Allen Iverson-led squad who were beaten in five games by the Shaquile O’Neal, Kobe Bryant Lakers. That is also the only time the 76ers have been to the Eastern Conference Finals since 1985 and there is little reason for fans to bet on them when looking at the history.