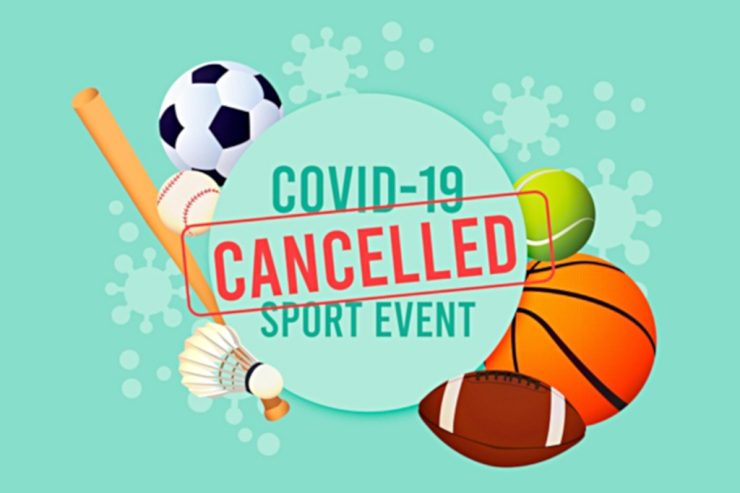 When the first news of an unknown virus appeared in December 2019, which infected several thousand people, most were not worried. SARS epidemics have already occurred in China, but have not spread to the rest of the world. Epidemics of Ebola, plague and other very dangerous diseases also occur occasionally in Africa and Asia, even in rural parts of USA, but fortunately none of these epidemics have grown into a pandemic. But that was not the case with COVID-19, which stopped the whole world in just a few months. Although less deadly than some other diseases, it is dangerous enough that the whole world had to enter the state of lockdown and things have not yet fully returned to normal.

Of course, the world of sports is no exception. Some sporting events were postponed as COVID-19 spread unstoppably around the world, but we all thought it would not last long. Until March 12, 2022, when Adrian Wojnarowski informed us that the NBA season had been suspended. Then we all knew then that the situation was very serious. Since then, the situation has improved significantly and all sports and all leagues have been restarted. However, the situation is still different than before the pandemic. We will explain to you through examples of the most famous sports and leagues how COVID-19 and PCR testing affecting the world of sports.

We’ll start with the NBA, because at the time the pandemic started, the NBA season was in full swing. And also a memorable thing happened when Rudy Gobert mocked the whole coronavirus situation by touching the microphones, only to become one of the first high-profile athletes in the world to be infected. And just a few minutes after that, the season was suspended and continued only on July 30, and ended on October 11, so it was the longest NBA season in history.

The next season started at the end of December, so a smaller number of matches were played, while for the current 2022-22 season we have a normal schedule, of 82 regular season games. Nevertheless, many things are still different. Although there is no NBA vaccine mandate, many players, like Irving, cannot play due to local regulations and the fact that they cannot travel. The rules around PCR testing are constantly changing, and players who have not received a booster COVID-19 dose must be tested on the day of the match. All this affects the outcome of many matches, as teams are almost constantly shorthanded and matches are canceled only when a team has fewer than eight available players.

The NFL was more fortunate than the NBA, because during the worst part of the pandemic, the off-season was underway. And when it came time for summer camps, the pandemic was brought under control, at least to some extent. Players have been subjected to testing very often over the past season and there have not been many outbursts. Players and staff are divided into tiers, according to how important they are so it is clean who can come to the facilities and who can’t, when more people in the organization are infected. Now over 90% of players have been vaccinated, but the NFL is currently facing the biggest wave of coronavirus. Tom Brady said before the season that he expects that to happen, because unlike last season, the stands are full, people are traveling and players will be more exposed to the virus.

This proved to be true, and the highly contagious variants of the coronavirus – Delta and Omicron, certainly contributed further. Currently, some teams, such as the Cleveland Browns, have over 20 infected players, coordinators, coaches and others, but so far no match has been postponed. There are differences in protocols according to the number of infected, and when that number is higher, facilities are closed and an intensive testing protocol is entered. Those who have been vaccinated can return with two negative tests within 24 hours, while those who have not been vaccinated must miss at least 10 days.

It’s even more complicated for tennis players than for players playing in leagues like the NFL and NBA. They do not play in one place, but travel all year round. That is why the rules differ in almost every tournament, because the rules depend first of all on the country in which the tournament is played, and then on the ATP and WTA rules. Vaccination rate was quite low until a few months ago, and now over 95% of tennis players have been vaccinated. The primary reason is that only vaccinated people can perform at the first Grand Slam of the season – the Australian Open. It remains unknown whether Novak Djokovic was vaccinated, but since he will play in the ATP Cup, it is almost certain that he was also vaccinated and will play at the AO.

The situation is further complicated by the fact that they can be disqualified if someone from their team is positive, even if they are not. The people behind ldn.randox.com told us they had many appointments by tennis player during Wimbledon. The reason is that the players, in addition to having to follow different rules, also want to ensure that neither they nor anyone on their team is positive.

Numerous F1 and GP races have been canceled in the last two years. The reason has always been the current situation in the country where the race takes place, and not once a large number of infected drivers or team members. Many famous race drivers and motorcycle racers like Hamilton, Rossi, Leclerc, Lecuona and others were infected, but fortunately no one had a severe case of the virus. We hope that there will be no cancellations and shifts in the calendar next year.

As every country has a national championship, and continental competitions such as the Champions League are also played, most players must be vaccinated and tested regularly. The situation in Europe is simpler compared to the rest of the world because of the green passport.

We hope that we have clarified the situation with COVID-19 and PCR testing in the world of professional sports. You should know that the rules change almost every week, and it is expected that during 2022 the virus will further weaken and become endemic, like the flu.