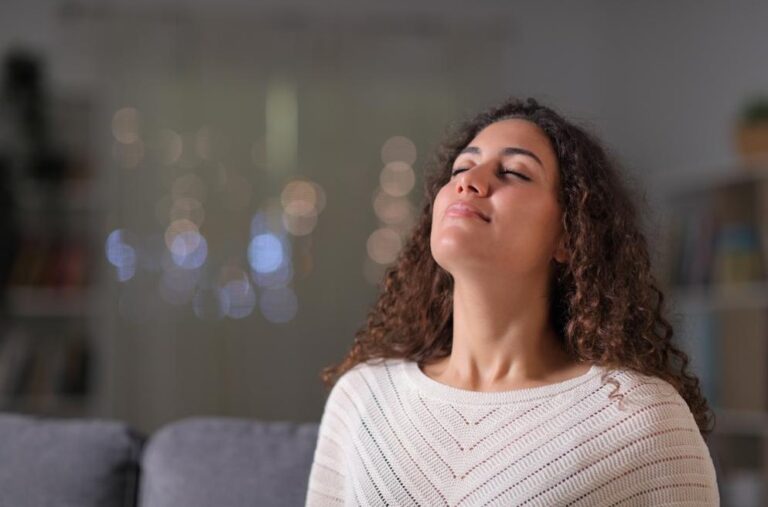 Everyone knows we have to breathe to survive. But few people understand how important it is to breathe properly to maintain good health.

And here’s the kicker. Most people do not know how to breathe properly. The majority of us breathe too shallowly which means we don’t draw enough oxygen into the bloodstream.

Moreover, sitting all day for work restricts the airways and does not allow us to breathe deeply – as we should be doing.

Is it not time you started paying more attention to your breathing?

Breathing is a natural and spontaneous bodily function that most of us take for granted. We’re not usually told to observe how we are breathing – even though we are constantly breathing.

The only time anybody really focuses on their breath is if they are exercising or having a panic attack. In both circumstances, it can feel like you are running out of breath. That’s going to grab your attention.

But what about the rest of the time? The depth and length of inhaling and exhaling are ignored.

So why is it important to pay more attention to our breathing and why should we learn to breathe properly?

The human body relies on oxygen to function. Oxygen is needed to fuel the brain and the cells in our body. It has been described as the ‘building blocks” our vogues need to survive.

More importantly, oxygen plays a vital role in enabling the immune system to fight against viruses, bacteria and fungi. Oxygen plays a role in the formation of white blood cells in the bloodstream. White blood cells help to create T cells – the warriors that defend your body against foreign invaders.

Therefore, if your body is not receiving a sufficient amount of oxygen, the body cannot function to maximum performance. It’s almost certain that your immune system will be short of T-cells which means you are ill more often.

T-cells can only fight one type of forging invader at a time. That means your body has to produce more T-cells that can defend your body against new types of viruses and bacteria.

The Problem with Shallow Breathing

Studies show that most people only breathe from the top part of their lungs. This is known as shallow breathing. Or in other words, you’re not taking in sufficient quantities of oxygen the body needs to function properly and to protect you against viruses.

Shallow breathing is known to contribute to illness and disease. It has even been linked with the specific condition including asthma and rhinitis. In a nutshell, shallow breathing weakens your immune’s system’s natural defenses.

Research has also shown that how you breathe can influence mood. A study published in the Journal of Neurophysiology reveals that focusing on your breath stimulates regions of the brain that regulate emotion, attention and body awareness.

How to breathe more deeply

You can consciously breathe more deeply if you pay attention to your breath. There are also breathing exercises that help you sleep better.

Taking up exercise is a good way to take in more oxygen – although you are using more oxygen in the body as well. If exercise is not your bag, engaging in a regular walking program that causes you to take deeper breaths is a good option because it has a low-entry barrier.